The Value of Knowing your Price

We don’t often talk in-depth about one of the most obvious, crucial, and deceptively complex drivers of customer decisions — the price. “Price is what you pay, value is what you get” is a nice byline, but it doesn’t paint the whole picture. Price is just one driving factor of the complete customer experience, and it’s tethered to every other driver of purchase decision, and vice versa.

So let’s take our scan-guns out of their holsters and blind each other with laz−I mean, knowledge.

Everything’s relative…and I mean everything

You can’t know what the value of your hard work is until it’s on the market. Price is relative, always being compared to every other competitor in your environment. And if you want to get really far into the weeds, the price of any good can be connected in some way to almost every other good on the market, directly or indirectly. But let’s illustrate that complexity with a simple choice:

Which would you rather have for lunch, if you could have it instantly with absolutely zero effort: Fast-food or home-made?

To each their own, but you probably picked home-made. And if I could ask those that didn’t…who hurt you?

That choice should be easy in a vacuum. But in the real world, there are variables on top of variables. Fast-food is low-effort, but has a higher per-ingredient cost. You can make several meals for the same price if you buy the ingredients separately, in most cases.

But maybe the convenience of fast-food has more value in this scenario: You only have an hour for lunch (or less), and commuting home to cook for yourself would waste that time and then some. The opportunity cost of that lost time might be worth more to you than the quality of the meal. And there are dozens of other considerations:

The point is, it’s enough to make your head spin. And it gets worse.

Price as a function of total value

Price can affect and be affected by every other major decision driver that customers take into account. Take quality, for instance: a cheap wine can “taste” better if you believe it was the top-shelf brand, and likewise an expensive wine can “taste” the same as a cheap wine if you paid bottom dollar for it. It’s the Placebo Effect at work.

How about a Ferrari? Sure, it’s a high-performance vehicle. But the cost of that performance alone can’t give it a $1 million price tag. Being a status symbol on the other hand can. One does not buy a Ferrari for their morning commute. They buy it to drive fast on track days and look good for their social networks. You can put an obscenely high price on the right social proof…and Enzo Ferrari knew it.

Price affects our perception of value profoundly. A price that doesn’t match the experience can throw customers for a loop, creating an ‘expectation gap’, which brands should avoid at all costs. Even the phrase “You get what you pay for” is founded on the idea that a high price is naturally (and often wrongly) equated to high value. Getting that balance between price and value wrong can cost you.

Price can be affected by…price

Ever heard of decoy pricing? It’s common practice to have two or three ‘decoy’ offers strategically placed right next to the ‘real’ offer, designed to psychologically nudge customers towards the target offer. It’s called the ‘Decoy Effect’, and it sounds insidious when you say it out loud. But it’s one of the most common pricing strategies.

One of our favorite behavioral scientists and authors Dan Ariely conducted a famous experiment where 100 MIT students were given a choice between three subscription packages for The Economist Magazine. The results were as follows:

Most people have no use for the newspaper subscription, so of course no one took Option 2. However, you would think that most people would ignore Option 3, since Option 1 is much cheaper, right? As if to defy common sense, they overwhelmingly took Option 3 because they perceived it to be a better deal.

The logic probably went something like this: “I can get digital AND newspaper for the price of newspaper alone? What a deal!” The fallacy is that the newspaper was never worth $125 since no one paid that price for it, which makes it practically worthless.

When the newspaper only option was removed for a second trial, the numbers moved closer to what you’d expect intuitively.

So to find the right price, sometimes you need to offer the wrong one.

How do you know when the price is right?

When Drew Carey showers you in money-fetti.

Alright, it probably won’t be that dramatic. But when you reach the right customers at the right ticket price, you’ll know. What’s the easiest way to find your ideal price point, you ask? Drumroll please…

By asking. Seriously. Granted, it’s not as simple as a point-blank “What would you pay for this?” type of ask, but you’ve got to understand your customers’ tipping points by gathering actionable data.

I know what you’re thinking: ‘But customers will obviously lowball it!’ We hear you; there’s some nuance here. You don’t want to take customers’ preferred price at face value, not when you have the costs of doing business to consider. But you also don’t want to pitch a price wayyy over their budget. You have to consider price elasticity, competition, the state of spending, and the whole nine yards.

You could do all that yourself. You could also ask the experts in survey tech to uncover that data for you.
😉

I'm Worthix's Head of Content, editor and producer of the Voices of CX Blog and Podcast and backup watercooler comedian (see Peter Sooter). I'm a Film Major who enjoys good writing (books, too), martial arts and competitive games, virtual or not.
Amazon Released a Holiday Catalog That is Both Nostalgic and Forward-LookingNovember 27, 2019
Corporate Twitter Got a Little WeirdDecember 9, 2019 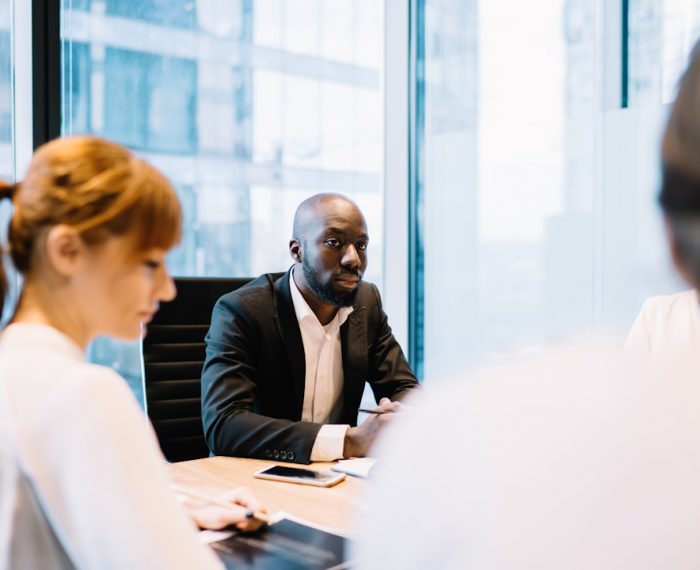 Should the Chief Experience Officer Cease to Exist?