While brand identification isn’t everything when it comes to making sales, social stances and charity marketing are at the height of their powers, especially when considering Millennials. In the battle for customers’ decisions, the needle of a moral compass is mightier than the sword.

Companies know this, and have become more invested than ever in their social stances, championing their beliefs while appealing to customers’ emotions and empathy. People follow and promote brands that resonate with them on a personal level, as if they’re an extension of their personal beliefs.

Accenture released figures in its Global Consumer Pulse Research, which stated that 63% of customers today procured goods and services from companies that reflected their personal values. 62% said that they also wanted brands to stake their identity on important social, cultural, environmental, and political issues.

The psychology of brand identification

So, why does brand identification make such an impact on the customer’s purchase decision? The idea has deep psychological roots, as shown in Maslow’s Hierarchy, at the very top of “self-actualization.”

People want to feel as though they’re morally sound. Knowing that the brands they support feel the same can be the decisive factor in their decision.

You know that twinge of guilt you get any time you go shopping for something you don’t really need? Companies can use self-actualization to lighten that burden of guilt for customers, making the decision to buy easier. So, how can you make customers feel like they’re doing the right thing in a practical sense?

You may be familiar with “joy” marketing, which started picking up steam in recent years; a whole lot of cheesy ads starring cute kids, unrealistically happy families, elderly couples, and boxes full of puppies — all designed to tug the heartstrings and give you the tingles.

The problem is, when the ad messages are out of sync with the brand’s actions, or just artificially trying to connect a product to happy feelings, it shows. Take this ad, for example:

Or this famously offbeat pharma ad:

The upbeat music, smiling people and cutesy animations seem pleasant. But that’s because they’re specifically designed to trigger empathetic reactions — seeing people smiling can make you smile subconsciously, which can release serotonin, the chemical causing that “tingly” feeling. It may seem silly and lighthearted, but it’s all deliberately crafted to get you associating that feeling with their product.

Charity marketing and the benefits of giving

The modern customer is learning to recognize when their serotonin is being marketed to. They’re looking for something a little more substantial and meaningful than people paid to seem happy for 30 seconds.

Enter charity marketing, the feel-good and do-good option for today’s increasingly connected and civic-minded consumers. When brands give back and actively support causes they believe in, customers will answer back with their dollars.

It’s about more than optics

There are strong numbers in favor of shifting the customer dialogue from “give ME what I want” to “support the ideals WE believe in.” Accenture says that as many as 47% of customers would leave a brand if they’re disappointed by its stance on a particular social issue — with 17% saying they would never patronize the brand again.

Brands that are giving back

TOMS Shoes was founded on the idea of making a cultural impact. With every pair of shoes they sell, they give a pair to someone in need. To date, they’ve donated over 93 million pairs, and counting. You can even choose which interests your money goes to. And if you need some socks to go with those, consider a set of Bomba’s. Just like TOMS, every item bought is an item donated.

Citi’s Double Cash credit card, on top of the strong benefits it’s already giving to customers, is now offering to donate $1 to No Kid Hungry for every $5 customers spend when they eat out. All of these programs scratch the “give back” itch without digging into personal savings.

IKEA recently made news after it announced that it now is able to generate more renewable energy than what its stores all around the world use. In this interview, they committed to becoming a wasteless, circular business by 2030.

Even Amazon, which still continues to enjoy massive success despite drawing flak for its allegedly poor treatment of employees, has hopped on the climate change wagon. Jeff Bezos recently announced the company’s new Climate Pledge. Under the initiative, Amazon plans to become carbon neutral by 2040, kicking things off with a reforestation effort worth $100 million and 100,000 new electric delivery vans. Amazon has also committed to use 80% renewable energy by 2024, hitting 100% by 2030.

This whole movement is a testament to the power today’s customers wield over brands. Customers’ values now play a large part in the way companies not only market their products and services, but also the way they invest and move forward.

Forbes, quoting a Forrester report says that “to survive consumers’ volatile values-reckoning… marketers must create the context for consumers to make values-based decisions.” That means being transparent and genuine about your values, and making it a vital part of your culture, not just another flavor-of-the-month initiative.

The challenge for marketers is not just to communicate a “feel-good” message, but to truly do good as well. Brands have to put their money where their mouth is, or face an uphill battle.

I'm Worthix's Head of Content, editor and producer of the Voices of CX Blog and Podcast and backup watercooler comedian (see Peter Sooter). I'm a Film Major who enjoys good writing (books, too), martial arts and competitive games, virtual or not.
Samuel L Jackson as the voice of AlexaSeptember 26, 2019
Neal Schaffer - Maximize your Social in the Age of Influence - S4E7September 30, 2019 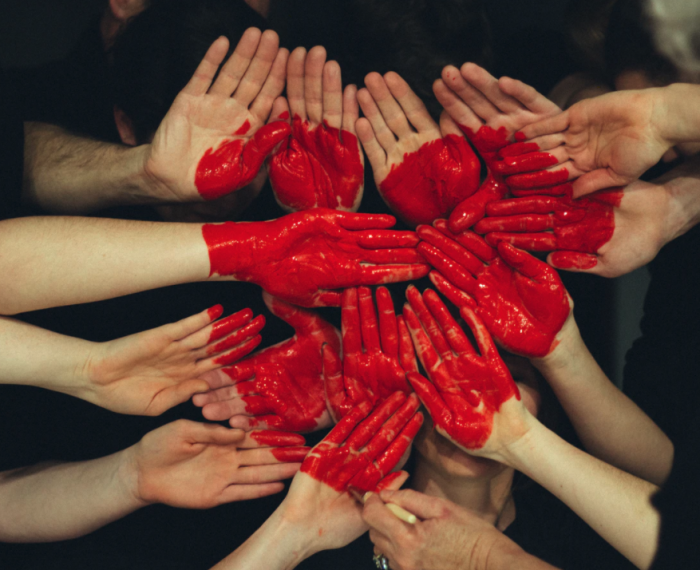 Travis Scott and McDonald’s Team Up