What’s all the hype about, anyway? It’s more than a word — it’s a subcultural movement gaining traction in the social-media fueled era, and it’s putting a new twist on the old concept of limited release.

With just 11 stores to its name, streetwear brand Supreme is currently valued at around $1 billion, and it might seem difficult to reconcile the size of the brand with that valuation. The small skateboard and streetwear brand was founded in 1994, and it thrives not on mass-produced items, but the opposite — ultra-limited product releases or “drops”.

It seems counter-intuitive to the idea of success in retail, which basically is selling as much product as possible. But make no mistake: Hundreds of people line up every release, some even camping outside the store for several days just to make sure they get the items they want. And investors are taking notice, digging deep into their pockets to get a piece of the pie.

You could argue that Supreme is the epitome of hype culture. While the sales model that hype culture espouses doesn’t work for everyone, there are still valuable lessons for marketers and retailers to learn from hype marketing.

What is Hype Culture?

Hype is essentially a fad on steroids. Merriam-Webster defines hype as “to promote or publicize extravagantly,”  and brands like Supreme capitalize on this by offering extremely limited quantities of every product — so limited that items can run out in seconds.

The demand for “hyped” items is so high that it’s not uncommon to see buyers willingly camp out near store entrances several days before a drop, and those who fail to buy early will happily pay huge markups for aftermarket merchandise.

Something as simple as a white tee with the Supreme logo that was $40 retail will go for $1000 resale — a 2500% markup. The shirt certainly isn’t worth that price tag for the materials, but buyers want it because owning that merch makes them part of the ‘Supreme’ club. The shirt has resale value because the overwhelming desire to be included, or social proof, makes people believe it does.

Looking beyond the hype: 3 Lessons for retailers and marketers

It is undisputable that there is value in hype marketing. Here a few valuable lessons that retailers and marketers can take away from hype culture:

Common practice for retailers is to ensure that when customers come in, they get exactly what they want. In the case that they don’t, many stores offer to inform the customer when the item they want will come in (sometimes with added perks and promotions to incentivize the future purchase).

Limited edition items however, offer a different value proposition: they naturally drum up demand through exclusivity. In this social media age, everyone has FOMO (fear of missing out), and even people who wouldn’t normally want what’s being sold will buy it just for bragging rights.

Even celebrities can inadvertently become brand ambassadors of a sort because they’d naturally be the first buy in to what’s trending. The more exclusive the better.

Before Yeezy, Adidas was struggling financially, and was generally considered to be less than even second fiddle to rival brand Nike. But its collaboration with Kanye West allowed it to showcase its Boost technology, which was the centerpiece of Yeezy sneakers’ design.

Adidas quickly capitalized on Yeezy’s popularity by releasing several general release sneakers that also used Boost technology, which were a hit with consumers. Adidas was so successful that it overtook Nike’s Jordan sub-brand as the second most successful sports footwear brand in North America in 2017 and 2018.

3. Collaboration can do wonders.

Another traditional retail mantra was to keep everything in-house. Hype culture flipped the concept on its head, and Nike and Adidas have taken the lids off their closely-guarded design books, allowing famous names in fashion to play around with them and release re-imagined designs of already popular sneakers.

Supreme is notorious for collaborating and has released collections with brands like The North Face and Comme des Garcons, and even with non-fashion brands like Johnson & Johnson’s Band-Aid. And despite Supreme being what some consider to be “low fashion,” the brand had no problems partnering with high-fashion brand Louis Vuitton.

Even Japanese clothing retailer Uniqlo tried its hand at collaboration. Its latest Sesame Street + KAWS collection saw fans in China stampede at store openings — and despite it being a general release, the collection is now sold out.

Is boarding the hype train worth it for your brand?

‘Drop’ culture situates itself well in product categories that have some  seasonality. Fashion is a prime example, but various collectibles can also generate a lot of buzz. Take trading cards, for instance – baseball cards, Magic: The Gathering, Pokemon, you name it. Rare and limited cards are prized by collectors, and create the same aftermarket buzz.

High-end sports cars can also profit from limited release models. Take the Lamborghini Sesto Elemento, or Revonton, with less than 40 of each model built and sold for ~$2.92 million and ~$1.5 million, respectively. The Sesto wasn’t even street legal, so unless you planned to take one out on the track, it had about as much practical value as a spiffy paint job. Yet car fanatics swooned over them.

Deciding whether or not hype marketing will work for you is ultimately a question of how your consumer base will respond to it. If the exclusivity of ‘drop culture’ and a high priority on social proof fits your customer persona, then yes, hype may be a worthwhile strategy.

But if your brand is rooted in practical values, like getting the most bang for your buck or longevity and durability, suddenly rolling out a limited release could alienate more consumers than it attracts, especially if it comes across as a cash grab. But if you know your customers and know your own brand, you can’t go wrong. 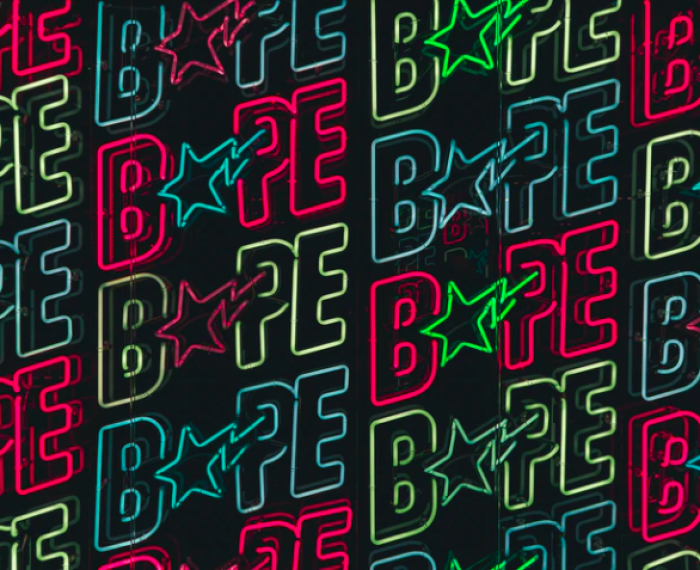